The second TIP (Trafficking in Person) conclave was held at Matigara, Siliguri in the West Bengal State of India on February 12-13.

South Asia has been a vulnerable region for human trafficking for quite a long time. It is in fact, the 2nd largest human trafficking region in the world after East Asia, according to UNODC (United Nations Office for Drugs and Crime). But the question still remains, have we made conscious efforts to address this grave issue?

To answer this and other relevant questions, the second TIP (Trafficking in Person) conclave was held at Matigara, Siliguri in the West Bengal State of India on February 12-13. The reason for choosing the location is very indicative as the spot lies at the center of the three neighboring countries India, Bangladesh and Nepal. It is situated at almost the same distance from the Nepal and Bangladesh borders. This spot is a widely used corridor for women and children trafficking in the region. The purpose of the conclave is to identify the issues with more precision and formulate feasible solutions which can therefore be implemented and monitored by all the participants for successful follow up. The host of this conclave is US consulate in Kolkata and the participants included  high level Government officials from National & State and also UN agencies, Media Houses, Social Activists, INGOs,CSOs.

Renowned Anti Human Trafficking expert P.M. Nayar said “As per the legal mandate of India, a ‘Home Verficiation Report’ is necessary for identifying the victims’ country of origin and thus initiating the repatriation process. Producing this report can take months or even years, especially from Bangladesh. Currently, there is no other way available to speed up this process. Therefore, the victims have to tolerate the suffering silently.” 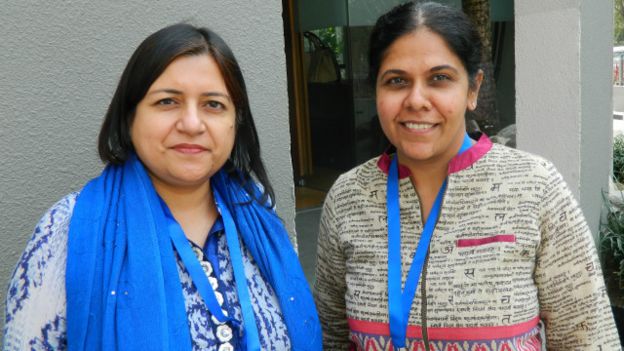 The victims; namely women and children, face many kinds of harassment in both sides of the border. The law enforcers have been instructed to behave with the victims in a dignified manner. They shouldn’t be arrested and should be helped in any way possible. Most of the times this is not what happens in reality. The foreign nations do not want to admit that the victims are citizens of their country. This seemed to happen more in Bangladesh cases.

Sankalita Shome from Bangladeshi Social Enterprise Dnet says “There are almost 72 activities involved in a successful repatriation of a trafficked victim from India to Bangladesh. We did a mapping of the process step by step, starting from the time the person is rescued till the person is physically repatriated into Bangladesh. There are more than 20/25 stakeholders involved which includes the Ministry of Home Affairs and Ministry of Foreign Affairs. Trafficking is an organized crime, but our response is not organized. All the involved entities who are working for anti-trafficking are working in a scattered manner. Technology can play a very important role in bringing them all together.”

She represented Dnet in the conclave and was a speaker in the session titled ‘Role of Technology in Tracking Missing Children and Case management Systems’. She presented the RIMS (Repatriation Information Management System), developed by Dnet, its importance and usage as a guiding system in the whole repatriation process.

Consul General of the US Embassy in Calcutta, Mr. Craig Hall says “The important thing for us is to understand that is a trans-national crime, which means no country working alone can solve the problem, we have to work together. That’s why we have taken initiatives to solve this problem along with India and other countries. We also have the support of the mass people.”

Many of the victims end up being trafficked by falling for traps laid by criminals who allure them with better jobs across border. Research suggests that people from the marginalized community are more susceptible to human trafficking, i.e. abandoned wife, orphan girl, job seeker, people in debt etc. There are many labor recruiting agencies in Bangladesh under BAIRA (Bangladesh Association of International Recruiting Agencies) who are legal entities. There have been incidents where some of these agencies sometimes charged extra money to job seekers in exchange of a decent job abroad and then exploiting them. Trafficking is done in the cover of labor placement in some cases.

Many of them end up as domestic workers, sex slaves and other unwanted situations after being tricked into the other side of the border. Many of them are rescued but they end up staying years after years at government safe homes, awaiting repatriation. It is very important to establish a process which will allow faster execution of the steps involved in repatriation of the rescued victims.

Dnet has stepped up to address this issue and has developed the ‘Missing Child Alert’ (MCA) which aims to respond to this issue of child and women trafficking and using RIMS and Integrated Uniform Case Management System (IUCMS). It is a unique intervention that encompasses the entire scope of trafficking including protection and prevention of vulnerable communities at source and in transit, rescue, repatriation, rehabilitation and reintegration of the victims as well as advocating legal and policy reform. Dnet is playing the role of System Integrator as the regional partner of MCA.

Upon the completion of pilot phase, MCA is now reforming its future activities and will play an important role in minimizing this heinous crime of human trafficking through the power of ICT and innovation.

TAKE OFF TO TOP

Help Us To Grow

Your contribution matters. Step up to join the cause to make the world a better place for all